Today you are going to meet a character from one of my published works. Robin Hillard, Gregory is the primary female character in THE FINE LINE. I’m going to let her tell you about who she is:

I came from a stable home with a caring mother and spiritual stepfather. I grew up in Southern Ohio with my brother and much younger sister. As a victim of sexual abuse, I rose above my victimization and became extremely well accomplished. My high school career consisted of many honors and achievements. I kept my abuse to myself, but set my goals high to overcome my circumstances.

I attended college at the University of Dayton, majoring in social work. Once I obtained my LISW, I went to work for a local children service agency. It was a refreshing change of pace from my graveyard shift internship at Miami Valley Hospital. I moved into different departments at the county agency, starting out in ongoing, then investigations, and I was finally promoted to supervisor of the intake department.

As a child, my life was simple. My father died when I was very, very young, so Richard, my stepdad, was the only father I really knew. He was kind to me and to my brother. As a Pentecostal preacher, he raised us to believe in all of the miracles of God and the authentic truth of the Bible. However, I was too much of a free spirit, I guess. I just couldn’t sell out and I started asking questions about my own spirituality. 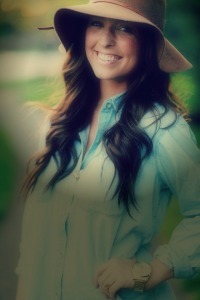 This lead me to research the answers myself because no one liked my questions. In fact, at one point I was told I was going to Hell for asking those questions. Still, there was something deep inside of me urging me forward. I couldn’t ignore it. My quest caused me to become more spiritual than religious and I began a routine of meditation and prayer.

Even with all of my education, I had really bad luck with men. My picker was broken for sure. I ended up in a situation of domestic violence. He even held me hostage. I didn’t think I would live through it. But, I did and after that, I knew dating was not in my best interest. Too many liars, cheaters, and players out there. I didn’t want any part of it.

So, I focused totally on work. However, I still socialized with friends and co-workers. In fact, I was convinced to sign up for the agency softball team, despite the fact that I am totally graceless. I trip on carpet at work. Seriously, it’s totally not funny. But, I thought being physically active would help me find great release from such a stressful job. I had no idea that my decision would lead me to my future husband.

Once I met Dr. Matthew Gregory, there was no holding back, in spite of my best efforts. I not only fell in love with him, but also his daughter, Olivia. I quickly found myself in a whirlwind romance and when

Matthew proposed, I hesitated. I didn’t feel like I knew him well enough to marry him. Still, something kept pulling me toward him. That man’s love and sincerity overcame any doubts I had. Along with becoming a new wife and a stepmother, I became a home owner. Matt and I restored and moved into Pikeview Manor, an historical home just outside of town. I absolutely fell in love with the place, even before it was finished. But, then strange things started happening. I didn’t realize I’d need my spirituality more than ever before.

When I look back on all of the challenges and all of the things the house took from me, I realize that it was all part of a bigger plan. I had to learn my own strength and I had to fortify and integrate my own faith with other faiths. I still had to rely on the miracles of Christ and still maintain my spiritual truths. And, I could do that even though I didn’t think I could. I always knew there was something different about me, even as a child, but Pikeview brought on so much darkness that, for a time, I wasn’t sure I’d

ever see the light. Thankfully, I did. Still, when I think about all of the things that happened, it doesn’t seem real. Such a scary time in my life. I’m certainly glad it’s behind me.

So much has taken place since then. I’m older now. I have two beautiful children and one exceptional stepdaughter, and two precious grandchildren. My love for my husband has grown and I know I was meant to be right where I am; right by Matt’s side. I have had my fair share of heartbreak, but I came through the fire as gold, as my stepdad used to say, God rest his soul. Matthew Gregory taught me that I could be loved and that I was worth more than I ever believed. He has stood by my side all of these years and I can’t thank him enough for that.

I still live at Pikeview, despite it’s tragic history. I feel like we have given life to that old house. Even though it hated us at first, it has grown just like we have. It’s all been worth it! 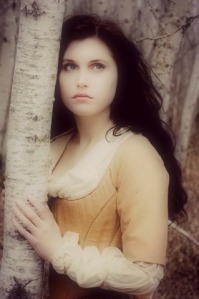 Cornelia was born on June 14, 1615. She was born to Ripley W. and Heather E. Kerrington. Raised in an English village, she is the youngest of three siblings.

As a child she learned at her mother’s feet. Heather was an herbalist, and for all intents and purposes, a doctor for the villagers. So, she taught Cornelia everything she knew.

Cornelia’s entire life changed when her mother and father died of the Black Plague in February 1627. She had to learn to think for herself and work through the intense grief of losing her parents. She and her sister, Maryann, took over her mother’s practice and continued selling their goods at the village market. The loss of her parents changed her, but it also made her much more appreciative of her siblings.

Cornelia’s heart was scared again when her sister was put on trial for practicing witchcraft. Watching Maryann die scared her beyond repair. It also shut her heart down to love and the possibilities of love. Her sister had fallen in love with the wrong man and essentially, that is what killed her. She swore off all romantic possibilities and focused entirely on her work as a doctor.

Her life took another twist, yet again, when her brother, James arrived home late one night covered in blood and soot. He rushed them to gather their things and onto a cargo ship bound for America.  Cornelia latched onto the only thing that kept her grounded with such an enormous transition ahead of her. While crossing the ocean, she began compiling a book of herbs, plants, and potions to cure sickness. She also began working on preventative medicines.

Due to her brother’s crime, she was forced to change her name and when they arrived in Jamestown, she assumed the identity of Elizabeth Ripley. She immediately began practicing medicine within the fort, but her family built a cabin outside the walls, against the better judgement of the townspeople. She enjoyed the location of their home, nonetheless. She sat among the trees praying and learning more about medicine.

Cornelia grew quite beautiful, her blue eyes as deep as pools. She rarely smiled, even though her grin would brighten the darkest of days. She was petite in stature with curly hair and a mighty spirit. She seemed fearless to those she met, but deep inside she was haunted by a past she could not erase. She was hollowed out by a loss so great that she felt as if she was beyond repair.

She became known as a great healer and her reputation even made it to the local Indians, who sought her help for a sick child in their tribe. Once she cured the child, the tribe honored her for the life debt they owed her. She began learning their culture and met Samuel Cavanaugh. She was shocked to discover that his mother was an Indian Princess and his father was an former prisoner. 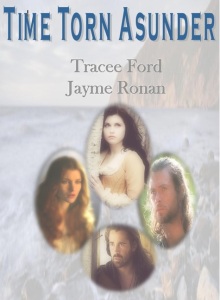 Sam quickly earned Cornelia’s respect and she found herself in a situation she never thought possible. She fell in love with Samuel, rather quickly in fact. Cornelia confessed her true identity to Sam and he promised to protect her and her family for as long as he lived. He urged her to confide in the tribe as they would also protect the family. She did as she was instructed and once married, she retreated even deeper into the woods with Sam. However, each day brought her back to the fort, practicing her medicine and interacting with the English colonists, putting her at risk of discovery. Still, she kept her head and always kept quiet when asked pointed questions.

Nevertheless, there was a stranger who had arrived in the colony and everyone was talking about him. He had a hideous scare upon his face and was said to have scares all over his body from a fire. She knew she had the herbs and potions to help him, so she implored the townspeople to bring the man before her. But this would be a miserable mistake.