Hello peeps.  The last time I posted something personal, I discussed beginning my Ph.D. program.  I’m two quarters in, and I can’t juggle everything.  I receive two job offers this summer, so I am now teaching at the university I have been with since 2015 and an additional college.  That’s four days of work a week, plus grading and other essential functions.  Besides that, I’m a wife and mom.  I’m a friend and a daughter.  In order to prioritize, the Ph.D. has to be put on hold.  I’m okay with that.  After all, I want my family and friends to remember me for spending time with them, not for having a nose in a book (which is what I have done all summer).  Things may change between here and the first of the year, but I highly doubt it.  I am going back to my first love:  fiction.  I miss writing fiction more than I can even explain.  So, I am already picking up where I left off with my Between Worlds Series.

There are a few more weeks of scheduled posts coming, and then I will post this quarter’s work, but thereafter, it’s back to fictional writing and posting for me.  I am NOT Wonder Woman.  As much as I would like to be able to handle three jobs (I was also given a teaching assistant position for the Ph.D. program), being a wife, a mom, spending time with my family and friends, fitting appointments in there, and trying to find time to sleep, I can’t.  Something has to go.  For me, it’s the quest for higher education.  However, that doesn’t mean I won’t go back to it.  It may just be temporary.

So, thanks for reading my scholarly stuff!  Fiction will be on the way very soon! 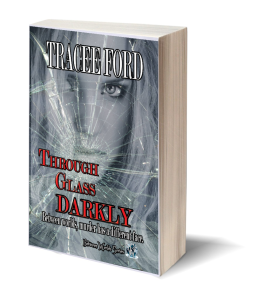 That night, after all of the excitement of the day, Olivia lay on the couch watching television. She kept thinking about Jody’s crime scene. She wondered how she could possibly help. She knew nothing about investigations and didn’t know if it was a task she was up for. She witnessed yet another crossing, but with a much more tragic precursor. She wondered, given her abilities, how the crime could be solved without those abilities. She knew it would be difficult to separate the factual evidence from the information she’d gathered from Jody. Although at this point, the information she had wasn’t very helpful.

Suddenly, she found herself standing in a place she didn’t recognize. She saw white tile floors and tan walls. A pedestal sink stood on the far wall. A large bath tub sat at the far end of the room. She walked to the sink, her fingertips brushing against the cold porcelain. Olivia felt someone behind her. She turned slowly and looked down. She saw tennis shoes and jeans. As her eyes moved upward, she saw a wrinkled, blue button up shirt, with thick forearms and large, strong hands coming out of the rolled-up sleeves.

Her eyes continued moving up, searching desperately for a face, but to no avail. Instead, she saw the most beautiful blue eyes staring back at her.

Henry stood at the graveside looking down at the settling pile of dirt. Only two weeks had gone by since he buried his daughter. He visited the grave each day, hoping it was a nightmare he might awaken from, but it wasn’t a dream. The truth and reality was that his little girl had been taken from him. He tortured himself with all of the might-have-beens and what-ifs. 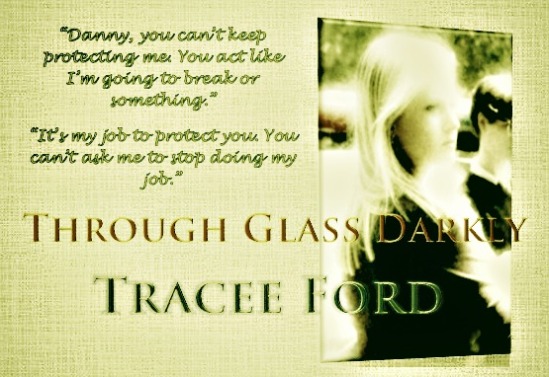 Danny watched as Donte’s grip loosened on the knife, and it fell to the ground. Donte’s hands rose to the blackened sky as one of the backup officers came up behind him and cuffed him.

Olivia stood still, frozen with shock, her eyes wide with fear. Danny put his gun back in his holster and rushed to her. Walking behind her, he pulled a knife from his boot and sliced the zip-tie from her wrists. She put her hands to her throat, trying to assess the damage done by the blade. Danny then stood in front of her, lifted his hands, and cupped her face in his palms, observing her expression and watching her terrified eyes.

“Not too bad,” she whispered still holding tightly to her throat.

“Let me see, Livy,” he said as he moved her hands away slowly. He examined the wound as the sirens blared in the background. “It’s not too bad. You’ll probably need a few stitches.”

Olivia felt stiff, but her brain worked perfectly. She knew her life was spared because of Danny. “Thank you,” she whispered, tears brimming in her eyes.

“You’re welcome,” he said. “You sure you’re okay? Medics are coming.”

She nodded, her lower lip quivering a little, the tears now streaming down her face. She hated feeling so vulnerable and victimized. It made her look weak again, like she couldn’t handle the job. This angered her.

“Come here,” he said pulling her into an embrace. She trembled in his arms. “It’s goin’a be okay. I got ya.”

As he held her shuddering body close to his, a connection formed instantaneously between them. Born of dramatic circumstances, Danny’s protective nature swept over him and he now knew nothing would be the same. He felt that he must protect Olivia at all costs, almost as if it were a spiritual calling. He knew in that moment, without a doubt, he’d die for her.

He couldn’t explain how one such incident could cause an intense reaction. He’d had partners before, female ones even, but somehow, she was different. He couldn’t describe it and didn’t even want to. It was just something he knew. Without their consent, the game changed.

Teaser from THROUGH GLASS DARKLY

Over the last month or so, he’d grown close to her, but something greater than friendship sprung up inside of him. Unmistakably, and much to his shock, he was falling in love with her. He couldn’t believe that something so intense could happen so fast. Never before had he felt this way about anyone; connected and invested.

It pained him to know that Henry broke through her high wall and captured her interest. He hoped he had not yet captured her heart. He felt terrible for what he’d said to her. He didn’t want to hurt her. 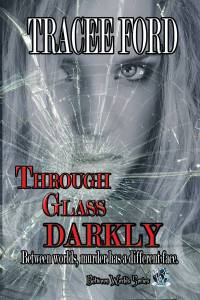 What was worse was that Danny recognized he not only loved Olivia, but Amelia, too. The problem remained that he hadn’t said anything to Olivia, so there was no way for her to even know how he felt about her. For this, he could blame no one but himself. Trying to keep their work relationship healthy and trying to develop a solid friendship had been his priority. Everything backfired.

Walking back to his chair, he sat down hard, putting his hands to his face. He heard a knock on the door. He hoped it would be Olivia, but Sue popped her head in. His countenance fell.

“Everything okay?” she asked as she slipped in, shutting the door behind her. She sat down on the chair in front of his desk. “I heard you and Olivia yelling.”

“I’m an idiot,” he said quietly as he turned his head, looking out the window.

Well, here we are. It’s the final day for voting.

I want to extend my gratitude for your support and tell you how much I appreciate every single vote! As soon as I know the results I will post them. Whether I win or not, the nominations are profound.

Last February, I cut ties with my previous publisher to venture out on my own. I feel like all of that, that step forward in faith, was rewarded through this nomination. I know I have been doomed by some and praised by others for my decisions. I have been called unprofessional and some have tried to smear me. But here’s the reality of it. The situation, my leaving my former publisher, was part of a bigger plan.

Here’s today’s reminder to vote and to invite you to the party! If you have already voted THANK YOU. You can still come and party with us on Facebook.

Here’s today’s reminder to vote and to invite you to the party! If you have already voted THANK YOU. You can still come and party with us on Facebook.

Here we are at day 3 of the voting process. I feel like a politician. LOL.

This is just a friendly reminder to cast your vote if you haven’t already and to invite you over to the Facebook party!